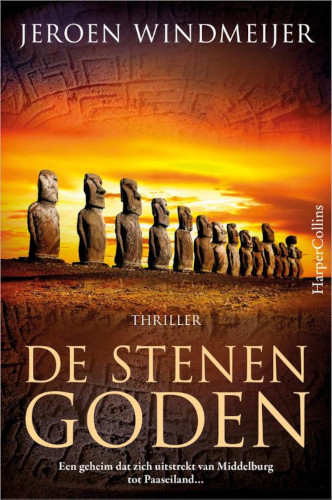 Jeroen Windmeijer’s new thriller: more gripping and mysterious than ever.

The antropology student Anthoni Eskens from Middelburg is on Easter Island to research the moai, the statues that have been mysterious to people for centuries. Soon he discovers that there is a fierce and deep battle going on on the island about the origins on the moai. When people are starting to disappear, it seems that some people don’t stop at mere discussion… In Middelburg Monique Fierloos, a conservator at the Zeeuws Museum, is preparing for a big exhibition about the explorer Jacob Roggeveen and Easter Island. A sculptor from Easter Island has been invited to make a statue for the museum, but a moai found in a nearby town is making things tense. And then the first death occurs…